Concrete Core Drilling May Be Necesary For Your Home Reno

Have you ever thought about what that boring cement driveway looks like from the street? Learn how you can beautify your property. Click here. 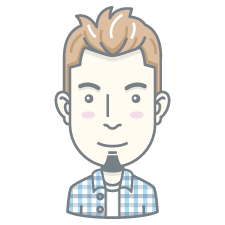 Have you ever thought about what that boring cement driveway looks like from the street? Although it might seem like a lost cause, professional concrete contractors can transform even the most boring driveway into an integral part of your home's curb appeal. By adding interesting borders, carving designs into the concrete, or staining the surface, contractors can add a touch of interest to your walkway, driveway, or patio. My blog is all about helping you to discover all the ways professionals might be able to help, so that you can make your yard truly special. After all, don't you want your house to stand out?

Concrete Core Drilling May Be Necesary For Your Home Reno

When you are doing renovation and remodeling work on your house, you may need to have new wires and pipes run through your concrete foundation or slab. The problem with that is that it can be very difficult to do if you aren't doing it right. You don't want to do anything to the concrete that may cause it to lose its structural stability. If your foundation or slab start to lose that stability, you are going to end up having to do a lot more work to it. So, what should you do? Well, you need to hire a concrete contractor that can do some concrete core drilling for you.

With this kind of drilling, instead of drilling a small hole in the concrete, the contractor will create a large hole and be able to pull a cylinder of concrete out of the slab. That leaves a tunnel in the concrete which you can run pipes and wires through. In other settings, that same tunnel can be used to get a look at what's happening inside the concrete and the core can be tested to see if the concrete is in good shape or if there is any damage to it.

The way that it works is that instead of having a drill bit that grinds away at the concrete to create a hole, a core drill has a bit that is like a cookie cutter. The cutting surface is around the edge of the core bit, so it will grind away at the material on the outside of the core, leaving an untouched center, just like a cookie, but not quite as edible. The core bit can come in a variety of diameters, depending on what the core is going to be used for, how thick the concrete slab is, and what the structural stability is. You may have a wide core bit that you might want to use in one place, but creating a large tunnel in one particular area in your concrete slab may not be the best idea, because it could corrupt the stability of that area, so it would be better to use a smaller core bit and drilling the tunnels in different places.

If you are doing some reno work at your house, you want to make sure that you have your concrete handled correctly. Talk to a concrete drilling contractor about doing some concrete core dilling for you.